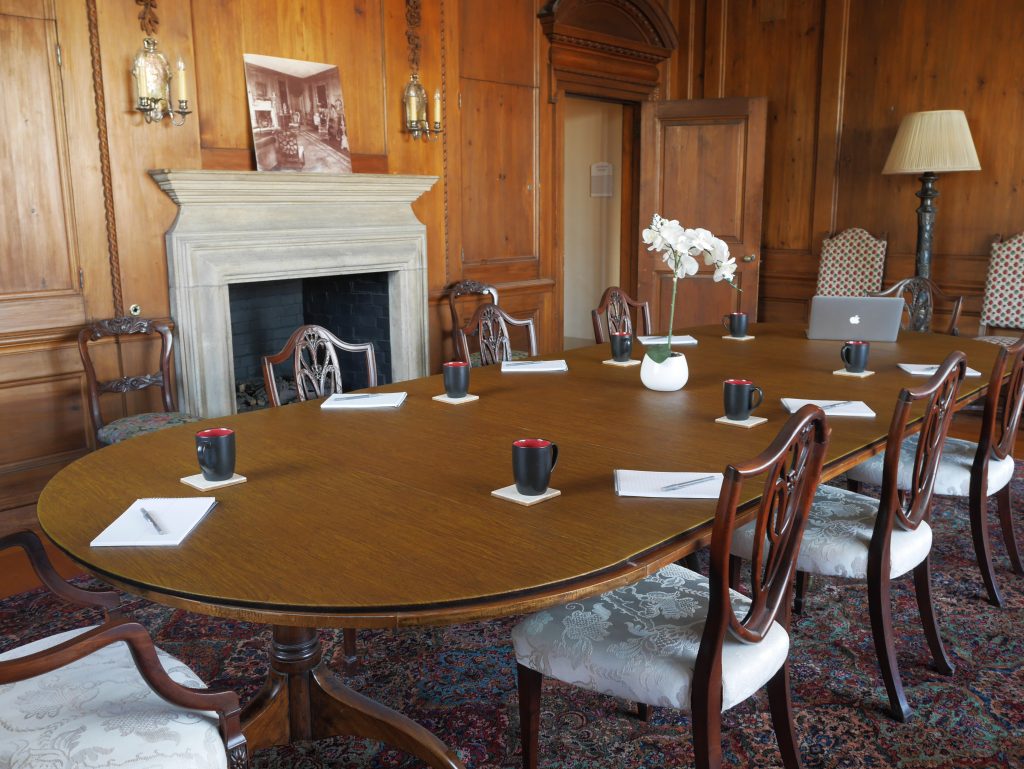 The Georgian Parlor is part of the private area of the Branch House on the house’s second level.  This room is where Beulah Gould Branch would entertain her closest friends or host committee gatherings for her many civic involvements. A tradition of the times was that ladies would call upon each other in the afternoons.  When guests came calling, they would have been entertained with afternoon tea in this room.

The room still has the original wood paneling and wood floors.  From its windows the Branches would have been able to look down on the Jefferson Davis monument or look over Grace and Broad Streets to see the dome of the Broad Street Train Station.  Like the Branch House, the train station was designed by John Russell Pope.  The station had passenger train service until 1975, when the station was closed.  Today, the building houses the Science Museum of Virginia.

In 2018, after a night of heavy storms, this room was flooded, causing a roof drain to back up, soaking plaster and wood. It was thought that the original wood panels were ruined and that the floor might be permanently “cupped.” However, after drying out the room and damaged plaster, repairing the roof, and lovingly oiling the paneling and flooring for many months, the paneling and flooring have been saved, and the room is refurbished and ready for use again.

Interested in the room? Host a corporate meeting or event in the Georgian Parlor!