Pope also designed the Thomas Jefferson Memorial, the National Archives, and the West Wing of the National Gallery of Art in Washington, D.C., as well as Richmond’s Broad Street Station (now the Science Museum of Virginia). His residence for the Branch family is the only individual Monument Avenue building listed on the National Register of Historic Places and awarded landmark status by the Commonwealth of Virginia and the City of Richmond.

Designed in 1916 and constructed 1917-1919, the Branch House is an excellent example of an urban residence planned in the Tudor/Jacobean Revival style.  Perhaps its greatest distinction architecturally is that it is the only residence of this type by Pope in which the original interiors have survived intact, and it is one of the earliest examples of this style of architecture in Virginia, preceding the reconstruction of Agecroft Hall in Richmond.  As an artifact of American cultural history, the house design is a manifestation of this country’s adamant displays of Anglo-philia in the first decades of the 20th century.  Pope appropriated the traditions of English domestic architecture as a way of asserting a noble lineage for his clients.

The exquisite interiors as a whole are notably the finest features of the house, for while the house had all modern conveniences, 16th century design elements are seen in most of the public rooms created as a backdrop for the Branch’s antiquities. This included Tudor, Elizabethan, and Jacobean styles seen in the massive ornamental plaster ceilings, stonework, leaded glass windows, and decorative woodwork.  The private spaces were no less academically correct employing 18th century Georgian and the Adam style, with carved paneling in the former and delicate plaster Adam ornamentation in the later. 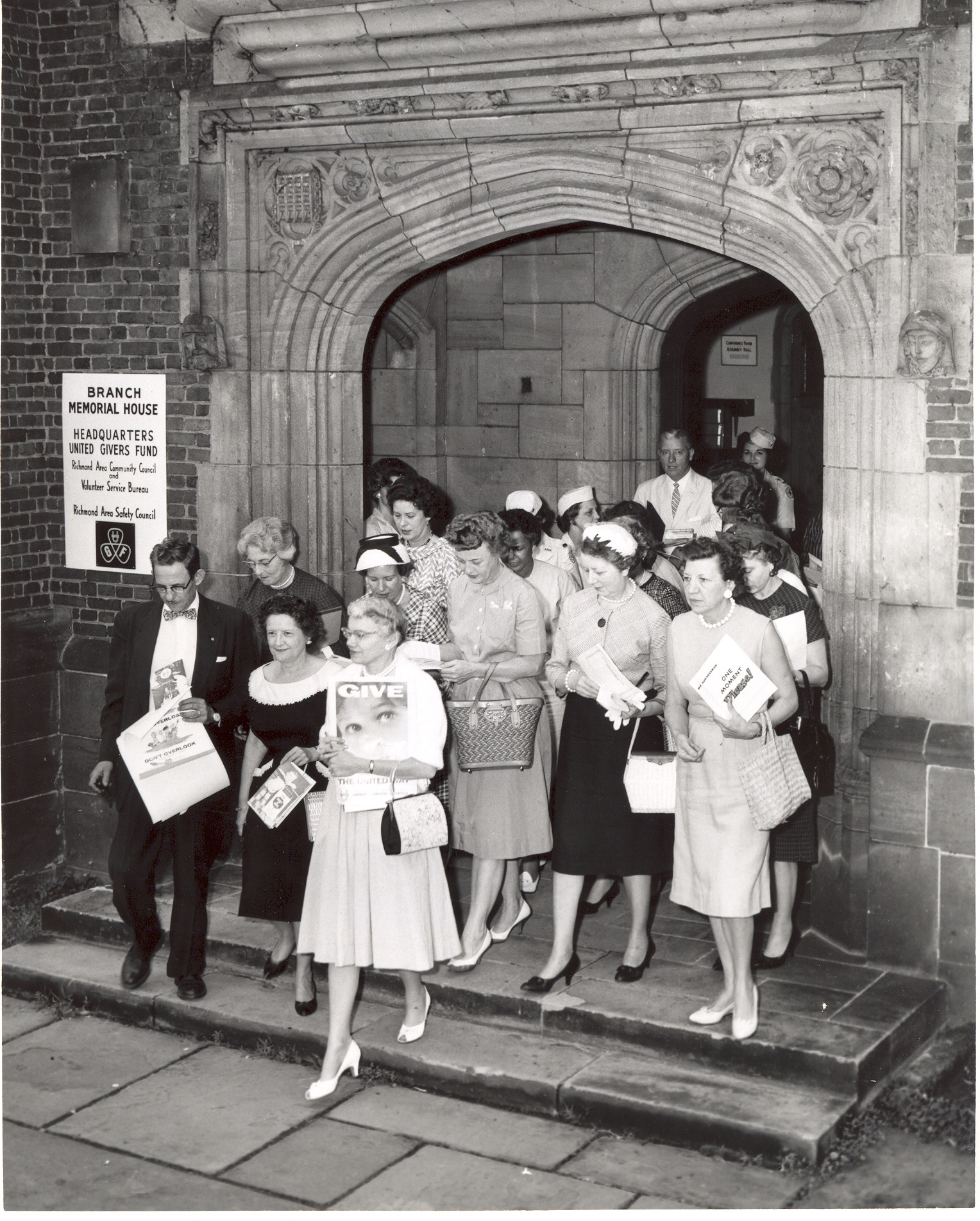 Historical image of the Branch House in the 1940s, courtesy of RTD

The Branch House is individually listed on the Virginia Register and on the National Register of Historic Places for its National significance for its outstanding architecture and is eligible for designation as a National Historic Landmark, the highest tier of designation deemed by the US Department of the Interior.

The Commonwealth of Virginia holds a Historic Preservation Easement on the house, because of its architectural distinction and with the purpose of preserving the architectural integrity of the landmark throughout its inevitable changes into the future, and its adaptability with urban life of this special place in the city.

Today the Branch House is home to The Branch Museum of Architecture and Design.

1982  Robert E. Pogue and his wife Janice W. Pogue of Richmond bought the house and set up the offices of Pogue & Associates, Inc., an insurance agency representing Northwestern Mutual.

1982  The Pogues subsequently donated a preservation easement to the Virginia Department of Historic Resources. In exchange for tax benefits, the easement stipulated that “no major changes (could) be made to the exterior or interior, in perpetuity.”

1983   The Pogues successfully applied to list Branch House on the National Register of Historic Places.

2005   Virginia Center for Architecture opens to the public.

Check out our Branch House Tours to learn more about the history of the house and family.