*This event will occur as a live webinar. After registration, you will receive a confirmation email from Brown Paper Tickets with the information to access the webinar included in it. Please check your Junk/Spam folder. Continue to registration below.*

Join us for a talk with Charles Duff, author of the book The North Atlantic Cities. Richmond is a part of a family of cities in the North Atlantic including Amsterdam and London. These places started as cities of row houses, unlike the apartment house cities of Continental Europe and the suburban areas of Continental North America. Charles Duff will show how these cities came to be, how they grew and evolved, how they have overcome crises, and where Richmond fits into the family.

Charles Duff is a planner, teacher, developer, and historian. In a career of more than 35 years, he has built or rebuilt more than 300 buildings and led the revival of some of Baltimore’s most successful neighborhoods. He has been President of Jubilee Baltimore, the city’s premier community development nonprofit, since 1987, and has been President of the Baltimore Architecture Foundation. A graduate of Amherst College and Harvard University, he lectures widely in America and elsewhere and has taught at Johns Hopkins University. He co-wrote Then and Now: Baltimore Architecture in 2005 and contributed to The Architecture of Baltimore. His translations of two French works on Greek tragedy were published in the US in 2010 and 2012. His book The North Atlantic Cities has just been published inthe UK and is available in the US. 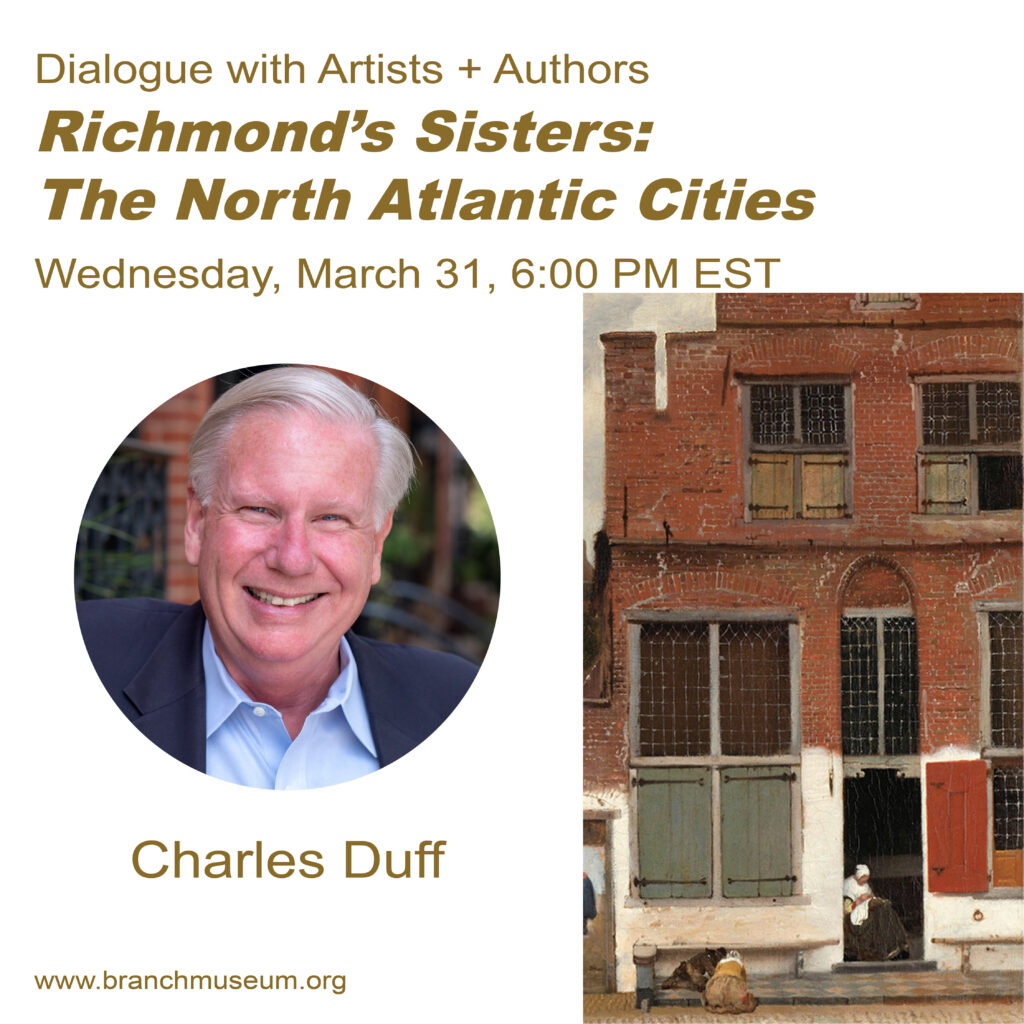 This webinar is “pay-what-you-can” to register.

Pay as little or as much as you wish and as you see fit for this experience. Per our mission, The Branch Museum of Architecture and Design endeavors to create opportunities for everyone to begin (or continue) exploring design for the public good. Your contribution toward this webinar will be used to develop even more amazing programming in the future. A video of this webinar will be made available to those who register.