*This event will occur as a live webinar. After registration, you will receive a confirmation email from Brown Paper Tickets with the information to access the webinar included in it. Please check your Junk/Spam folder. Continue to registration below.*

During the 20th century, local and federal officials reinforced racial segregation through a number of policies and practices in Richmond. Though these are no longer legal, the implications of these actions were profound: Neighborhoods once deemed “hazardous” because of their racial makeup are still predominantly black and brown and are areas of higher poverty. They are also the neighborhoods most vulnerable to climate change, affected by higher temperatures and flooding more acutely than wealthier, whiter parts of the city. Panelists in this webinar will examine the relationships between 20th century urban policy, racial inequality, and climate change in Richmond, and what we can do about it now. 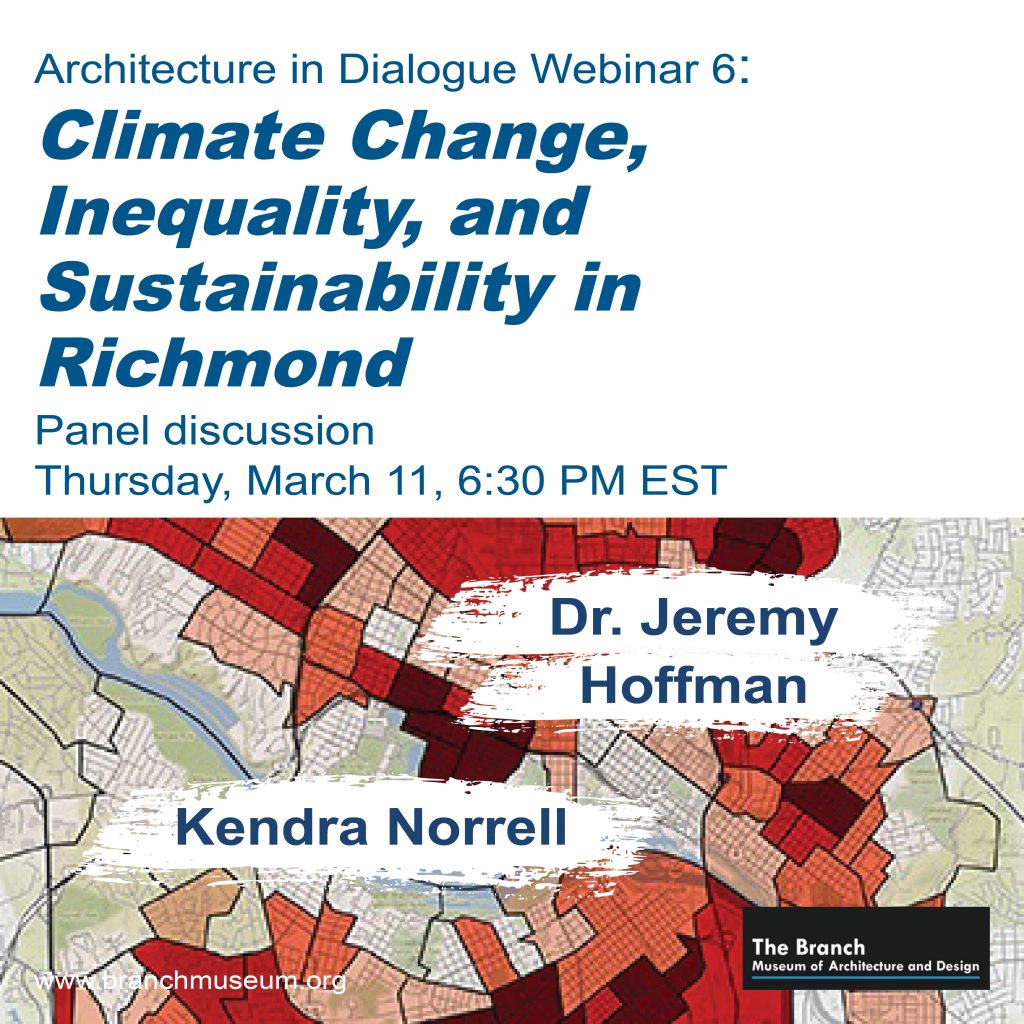 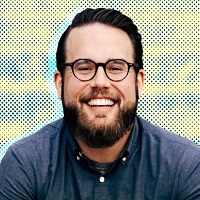 Dr. Jeremy Hoffman is the Chief Scientist at the Science Museum of Virginia and Affiliate Faculty in the L. Douglas Wilder School of Government and Public Affairs and the Center for Environmental Studies at Virginia Commonwealth University. Dr. Hoffman has served as a member of the Environment Committee for the Museum of Science and Industry in Chicago, a Science Communication Fellow for the Oregon Museum of Science and Industry and the Mitchell Hamline School of Law, and was recently honored as one of Style Weekly Richmond’s Top 40 Under 40 and one of the Grist 50 Fixers for 2020. 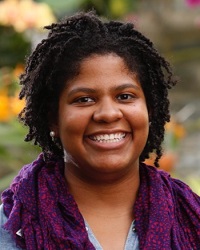 Kendra Norrell is the Community Engagement Coordinator in the Office of Sustainability for the City of Richmond. Her most current project is the RVAgreen 2050 climate action plan focused on engagement and equity. She has worked with other organizations to increase community education and ownership of public transportation and green spaces in the area.

John Christiansen, Director of Operations, The Branch Museum of Architecture and Design

This webinar is “pay-what-you-can” to register.

Pay as little or as much as you wish and as you see fit for this experience. Per our mission, The Branch Museum of Architecture and Design endeavors to create opportunities for everyone to begin (or continue) exploring design for the public good. Your contribution toward this webinar will be used to develop even more amazing programming in the future. A video of this webinar will be made available to those who register.